Digital History in its interactive version 2.0, has certainly helped to open up "high culture". But with the advent of web 2.0, history and memory are now the prerogative of anyone using "crowdsourcing" activities. The danger today is that specialists will not control anymore how digital history will show us the past. Without acknowledging that new instruments are transforming the historian’s craft, and without reflecting on the terms of these transformations, the digital revolution will eliminate the historians professional capacity to reconstruct the past. History will soon become an open territory for everybody to play with. This blog would like to reflect and inform about the most significant mutations that a "Digital Public history" way to Public History is offering: new forms of history practices -that professional historians should use to deepen the origins and identity claims by many communities tracing their own history in our globalized societies- should be better looked at.
Public History has its origin at the end of the 1960s in Raphael Samuel’s Ruskin College in Oxford and became an institutionalized discipline in the USA during the 1970s when the National Coalition for Public History - NCPH was born. In parallel to the Anglo-Saxon world, a variety of Public History discourses and practices emerged in continental Europe and in other continents without using the English term which was never directly translated.
In continental Europe, contemporary cultural and political debates are influenced by history and memory issues. Professional historians actively participate in public debates in the media. At the same time, a dense network of cultural heritage institutions also helps to question the role of history and try to foster the presence of their own past within different communities.
Public History in Europe is often linked to collective identities at different levels: from local memories to the construction of regional, national and pan-European “Heimaten” and “Realms of Memory”. Europeans are looking at their multi-dimensional identities and traditions which should be interpreted also thanks to (Digital) Public Historians and (Digital) Public History practices.
But Europeans are not alone worldwide and "Digital Public History" is above all a way to sustain Public History activities and communities internationally. Communicating through the web helps enormously sharing ideas and experiences. Connecting people and their Public History practices worldwide is the aim of the new International Federation for Public History, an internal committee of the CISH, the Comité International des Sciences Historiques.
Connecting people and experiences in the field is also a second aim of this Blog which is meant to offer  information and reflections about (Digital) Public History issues according to my interests and following a personal calendar of publications.
I write in English, Italiano or Français depending on the topic of the post and the language used when taking notes.


From April 2014, this blogspot.it blogging experience became only a copy of my blog now published on the hypotheses.org social sciences and humanities blogging portal with same title at dph.hypotheses.org, Posts are here published as a kind of "back up" of my hypotheses.org blog. Contents are mostly identical. 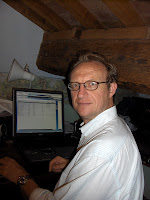 I am a History Information Specialist at the European University Institute, Florence, Italy where I did my Ph.D. between 1979 and 1984. I work in the library to sustain the scholarly activities of the EUI History Department. 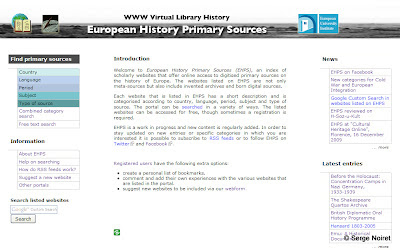 This is about many things but also about coordinating a Digital History web site called  European History Primary Sources – EHPS maintained both by the Library and the History & Civilization Department at the EUI. (See here next the "old" version of the web site).

My present research interests are dealing with the epistemology of Public History and Digital Public History. I am participating to the PH internationalization process focusing on the peculiar methods, practices and identity of continental European PH activities.  I edited recently a special issue of an Italian academic journal on Public History: national practices v. global identity as a result of a panel that I coordinated during the Pensacola NCPH annual meeting in 2011: European Approaches to Public History: identifying common needs and practices. Such an interest started before Portland’s NCPH annual meeting in 2010, when I participated to the WG: International Council on Public History? Bringing Global Public History Closer. I became member of the NCPH before Portland’s NCPH 30th Anniversary Meeting and I am now Chair of the Steering Committee of the International Federation for Public History. I organized the IFPH Steering Committee meeting inLuxembourg, the 22nd of March 2012 and we had a first general public meeting of the association during the Milwaukee NCPH annual meeting in April 2012.
I published in different languages focusing, in recent years, on the use of visual sources and web sites as primary sources. My last publications are the Introduction with Frédéric Clavert to the edited book by Clavert, Frédéric & Noiret, Serge (dir./eds.): L'histoire contemporaine à l'ère numérique - Contemporary History in the Digital Age, Bruxelles, Bern, Berlin, Frankfurt am Main, New York, Oxford, Wien: Peter Lang, 2013, pp.15-28  and and Digital History 2.0, in Ibid., pp. 155-190.

Your Comments, Suggestion, Information are Welcome !

Digital & Public History by Serge Noiret is licensed under a Creative Commons Attribution-NonCommercial-NoDerivatives 4.0 International License.
Based on a work at http://sergenoiret.blogspot.it.